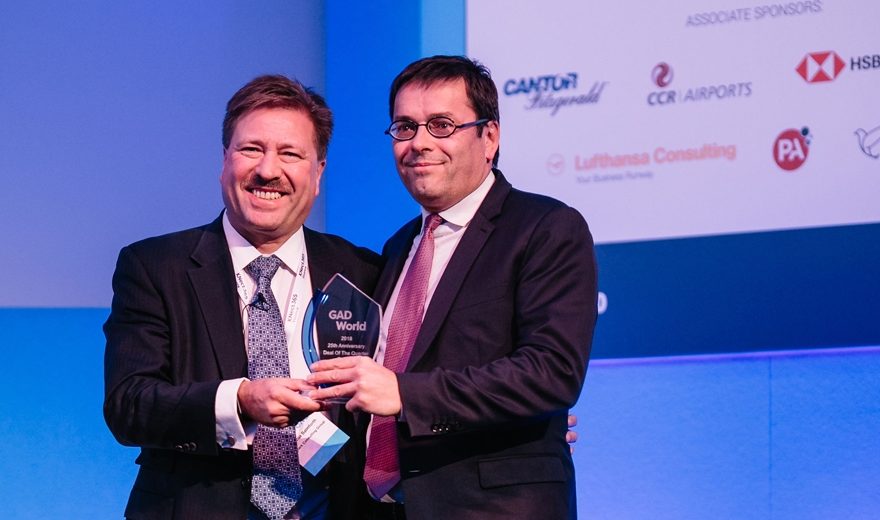 A competition aimed at showcasing the airport investments that have revolutionized the sector over the past 25 years was organized to celebrate the 25th anniversary of the event. Competing against VINCI Airports were some serious contenders, including Spain’s Ferrovial (London Heathrow), Italy’s Atlantia (Rome) and India’s GMR (New Delhi).

The jury, together with all the participants invited to vote, agreed that the ANA acquisition represented a game changer for Portugal, ANA and VINCI Airports, which was able to capitalize on this development to become, in just a few years, the world’s leading private operator of airport facilities, with a network of 44 airports in 11 countries and handling 190 million passengers a year.

For more on GAD World.