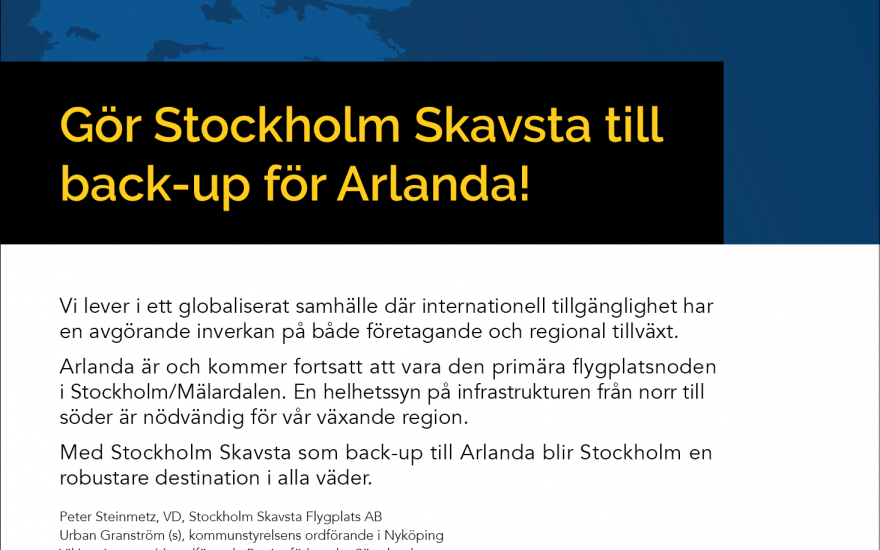 An advertisement with this message will be published in ”Dagens industri” on July 4, during Almedalsveckan. The  message is signed by the 17 most influential politicians in the region south of Stockholm. The AD appeared for the first time on May 16 and shows the existing massive support for pinpointing this role.

The Ad was targeted to the Advisory Board supporting the Government in the development of Arlanda. The Board will present their report by the end of this year.