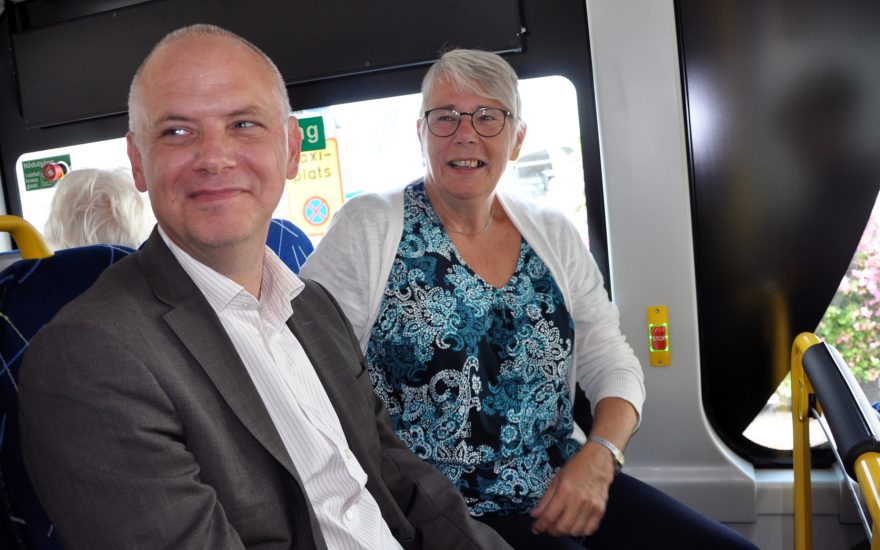 Develop Stockholm Skavsta into an aviation node for central and southern Sweden. That would be an important step for both people and environment, argues leading representatives from Region Sörmland and the Municipality of Nyköping.
We live in a globalised society. International access and traveling are natural parts of life. A smooth transport system has crucial impact on both business developments and regional growth. The future of Sweden depends on being an accessible part of Europe and making travelling more effective while minimizing the climate effects.

Aviation is particularly important for Sweden given our geographical location and the shape of our country. It is high time that the potential for this country that a development of Stockholm Skavsta holds, is addressed at National level.
There is no denying the importance of Arlanda for Sweden and we support its development fully. However, in this process the potential of Stockholm Skavsta needs to be considered from an overall perspective. Overusing the infrastructure of Stockholm is not sustainable. That everything and everyone coming from the central and southern parts of Sweden passing through Stockholm to reach Arlanda benefits neither persons nor the environment. The two airports need to be and be developed as parts of a system thus creating a sustainable infrastructure serving both the greater region and the country.

Stockholm Skavsta is the third busiest international airport in Sweden. The East link will have a station at the airport thus making it the second Swedish airport with rail connectivity. This is of vital strategic importance for the region and for large parts of Southern Sweden.
The passenger up-take for Stockholm Skavsta is higher at 200 km radius than that of Arlanda. The geographical position of Stockholm Skavsta south of Stockholm offers environmental logistical advantages not least as Stockholm is growing fast. From the Business District planned in Flemingsberg, the travel time to Skavsta will be only 28 minutes with the East Link which is faster than travelling to Arlanda. With public transportation such as the planned East link and the new electric buses in Nyköping, Skavsta may develop into a node for sustainable transport. It may even play a key role. Experts on airport environment highlight the size of Stockholm Skavsta making it excellent as a test bed for sustainable and climate friendly research and innovations. This harmonize well with the airport owners’ intentions of changing the profile from low cost to sustainable.

The Aviation sector must overcome many hurdles in the process of turning green. The increased use of biofuel will be vital in the transition into a long-term fossil free sector. Electric aviation is more advanced than is widely known and around the world projects are run to meet the climate needs. By 2040 all domestic flights in Norway will be electric. In Sweden we have the “Elise-project”. In the announced Governments Climate Policy Action Plan – the first in its kind – we expect to see more of this.
Large parts of the Swedish population are closer to Kastrup in Copenhagen than to Arlanda. We would of course prefer that in the future the obvious choice would be to take the East link to Stockholm Skavsta when flying abroad. The international access from Stockholm Skavsta will with the East link take on a new role to meet the needs of the international companies in i.e. Södertälje such as Scania and Astra Zeneca. The strategic position of the airport is also of vital importance for the growing region just south of the airport, Östergötland.
The primary qualities of Stockholm Skavsta are closeness and accessibility which allows for a sustainable flow of persons and goods at local, regional, national and international level. By pinpointing Skavsta as one of two international airports in the Stockholm region, complementing Arlanda, Stockholm and the Mälar region will become a more robust destination. We believe this is crucial for both our region and for the sustainable development in Sweden.

President of the Regional Executive Board, Region Sörmland