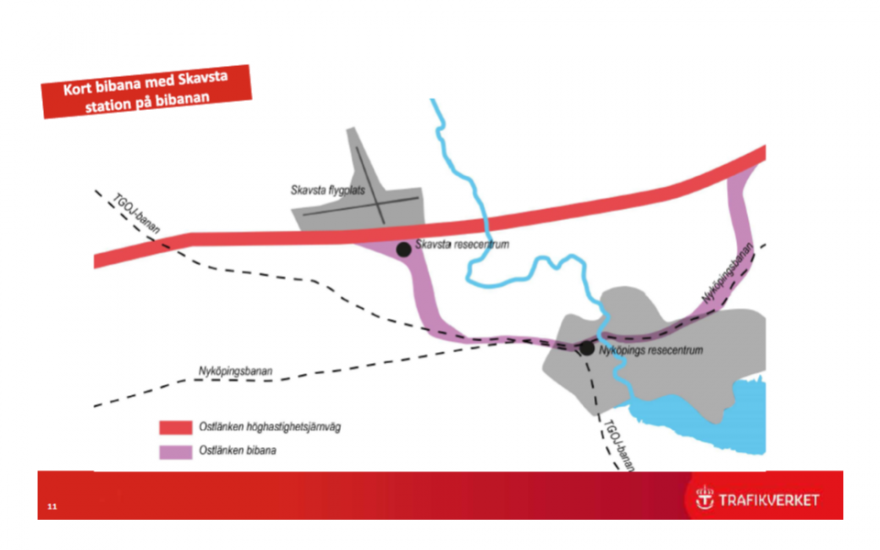 Location of trainstation at airport decided

The Government has decided to locate the train station to the track coming from central Nyköping. This decision follows the proposal by the Swedish Transport Administration.

-We are pleased to have a decision even if the result is not what we hoped for, says Urban Granström, Mayor of the municipality of Nyköping, a view shared by Peter Steinmetz, CEO at the airport and Viking Jonsson, Mayor of the Regional Council of Sörmland.

In the coming discussions with the Swedish Transport Administration on the details of the station, the airport, the municipality and the region will all argue for the construction of a platform on the  mane track as well even though it may not be opened until later in the future.