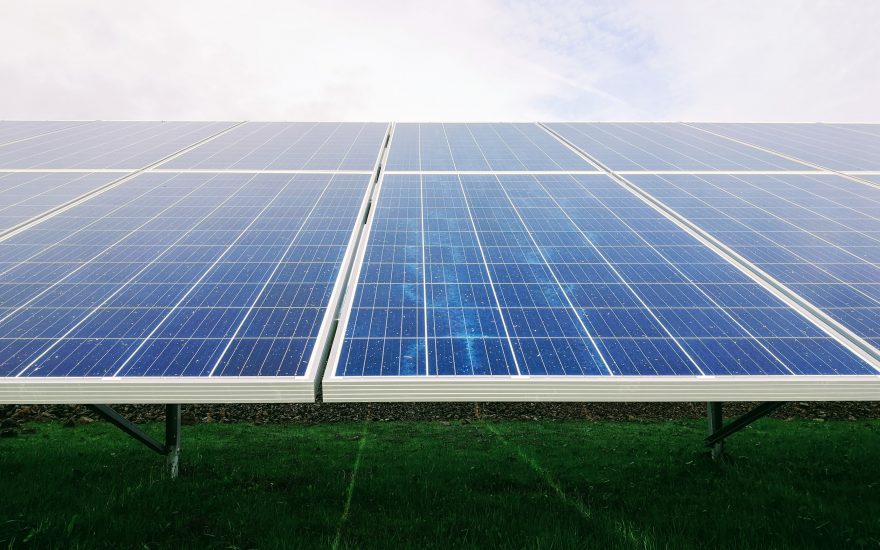 Stockholm Skavsta Flygplats AB plans in collaboration with a business partner to build a solar energy plant in the airport area. This will be the first larger solar energy plant in a Swedish airport, and will make the facility fully in line with the Stockholm Skavsta Airport’s majority owner VINCI Airports’ environmental strategy to halve the group’s carbon footprint by 2030 and to become net carbon neutral by 2050.
The solar energy plant is expected to be commissioned in the summer of 2021 and will provide C02 neutral power to the airport operations and to the area of activity planned for the area, a few years ahead.

VINCI Airports is the first airport operator to have launched an international environmental strategy – called AirPact – with focus on four goals to be reached until 2030; besides reducing the O2 emissions by 50%, also reduce the water consumption per traffic unit by 50%, zero waste in landfills, and stop the use of pesticides on our infrastructure network.
Stockholm Skavsta Airport has just been accredited with ACA level 1 in September 2020 (Airport Carbon Accreditation, a worldwide reference for airports infrastructure regarding the reduction of their carbon emissions) and is expected to obtain the ISO 14001 certification by 2021. The airport will continue the ACA program and increase the level of accreditation level 3+ by 2025, which means carbon neutrality.

-“Fully supported by the VINCI Airports environmental policy and together with the Municipality of Nyköping, Stockholm Skavsta Airport is proud to stand for such a sustainable project for our airport and the territory we serve. We will actively continue our strive to find ways of making aviation more sustainable and to interact with society for a better environment.”, says Cédric Fechter, CEO of Stockholm Skavsta Airport.

Solar Energy could energize the Municipality of Nyköping

The SSA har offered the Municipality to purchase surplus energy. The offer has been received with interest and as part of Nyköping Municipality’s work to achieve the Agenda 2030 goals, green locally produced energy could be a complement to the selfproduced hydropower. The Municipality propose to investigate this issue and in the meantime, it is beneficial for both parties to have an agreement.
-“Many municipalities in Sweden today build their own photovoltaic systems. Through a collaboration between Nyköpings Vattenkraft AB and Stockholm Skavsta Airport, the municipality of Nyköping could gain access to green locally produced electricity without own investment”, says Urban Granström, Mayor of Nyköping Municipality.

The positive response of the Mayor is mirrored by the other political parties governing the city.

Marco Venegas representing the Green Party (mp) rejoice in the planned investment of the Airport and considers the possibility to purchase locally produced solar energy a step in the right direction for Nyköping.  He is accompanied by Martina Hallberg, representing the Center party (c), who considers this a brilliant example of how the business sector and the Municipality can cooperate to create economical, social and environmental sustainability for the whole society.

The Municipality propose to investigate this issue and in the meantime, it is beneficial for both parties to have an agreement. A decision to sign a Letter of Intent will be taken by the Municipal Board on October 26th.