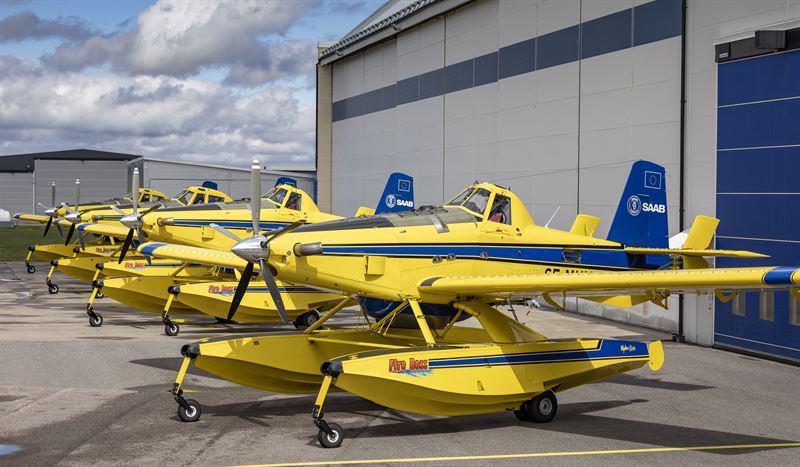 The third and fourth MSB fire fighter aircraft recently arrived to be based at SAAB at Stockholm Skavsta Airport. The first two fire fighters arrived in the summer of 2020 and played a significant role in several firefighting missions last year. MSB decided earlier this year to buy two further fire fighters, and they are now delivered to SAAB at Stockholm Skavsta Airport. With these in total four fire fighters, model Air Tractor-802F FireBoss, the Swedish and European preparedness for the fire season is better than ever.